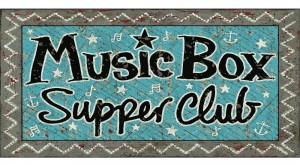 If you build it, they will come.  Downtown Cleveland is adding a beautiful brand new concert venue that will be drawing national touring artists into an intimate performance space.  That vision has become a reality for local entrepreneurs Colleen Miller and husband Mike Miller with the creation of Music Box Supper Club on the west side of the Flats.

Originally from Northeast Ohio, Mike has spent just over twenty years building an extensive resume’ in business marketing and advertising in the Chicago area.  Colleen has held director positions with acclaimed music venues Old Town School of Folk Music and City Winery.  With the couple having aspirations to move back into the area, a commercial real estate neighbor friend took them to look at the long dormant two-story building along the Cuyahoga River near Shooter’s and the Improv.  After seeing the gorgeous views of downtown from the wall of windows, they decided this would be a great space for dining and entertainment. 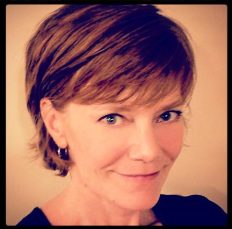 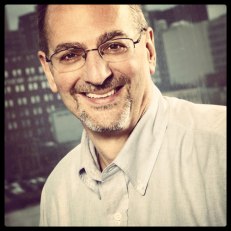 Opening August 15th, audiophiles will drool is to see folks like Bruce Cockburn, Mavis, Staples, Billy Bragg, Iris Dement, Hot Tuna, and Allen Toussaint in an upstairs Concert Hall that holds only 300 seats.  A very special “Songs & Stories” event is pairing Shawn Colvin with Steve Earle.  Another stage will be in the Supper Club, located on the main level where local talent as well as touring musicians like The Pine Leaf Boys will play in a more casual atmosphere of about 250 patrons. Music Box focus will be to host a diverse array of genres from Americana, blues, jazz, rock, and country 2-4 nights a week.  Legendary punk rockers X with original members Exene Cervenka, John Doe, Billy Zoom and DJ Bonebrake are booked for four nights in September playing their first four albums from start to finish, one record per night.   The revamped space was designed to be acoustically pure with a set of double doors to keep sound from bleeding upstairs.  The first scheduled performance will feature honeyhoney, the Nashville duo of vocalist/guitarist Ben Jaffe and Cleveland native vocalist/banjoist/violinist Suzanne Santo.  Once the club opens, Colleen Miller says they may need to tweak the sound after a few shows and are dedicated to getting it right.

As for the food, Dennis Devies was brought in from Brookside Country Club in Canton as Executive Chef, incorporating locally sourced food products.  Devies has spent several winters in the Caribbean and has developed many island flavored dishes that sound like a great fit with the eclectic mix of roots music.  A dining option is available in the concert hall, but not mandatory when attending shows.  The main floor dining area will offer a larger, more diverse menu, and be open seven days per week with lunch, happy hour, dinner, Sunday brunch, and a late night menu.  Devies also will incorporate some vegan and gluten free options to the menu selections. The upstairs will be available for hosting private events when not booked for major concerts.

Music Box Supper Club is located at 1148 Main Avenue in Cleveland and is accessible by car or boat.  For complete concert schedule, click on musicboxcle.com