It’s been one heck of a year.  Thank goodness a little music was sprinkled in to take the load off.  This year marked the return of vinyl as my listening and purchase option of choice.  The Lp library now looks sweet housed in a newly purchased and long overdue storage unit.  I always say a good album makes for a great tour and I was fortunate enough to see some exceptional concerts from several of the nominees listed below.  As in year’s past, my list is more about quality than quantity with Hall of Fame musicians sharing the spotlight with some relatively unknown singer/songwriters whom more of my audiophile readers should be aware of.  My hometown area placed in all three categories as the Akron Sound and Cleveland Rocks wealth of Americana talent continues to make a statement.  So here we go …. 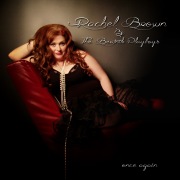 Female Artist of the Year:

Lucinda Williams released a magnificent double disc Down Where The Spirit Meets The Bone that is welcome return to the ears of longtime fans which in any other year could have garnered the top prize.  Pride and joy gets showered on Rachel Brown, who makes her second straight appearance with this year’s Once Again.  The lovely Saint Louis songwriter Hilary Scott came into my sights with Freight Train Love and impressed this long time Cardinal fan.  But it became known early on that Lydia Loveless was going to run away with the crown after hearing Somewhere Else, a record that should catapult her to the next level of star power. 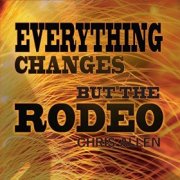 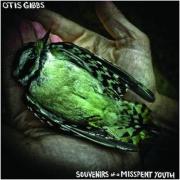 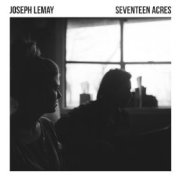 Male Artist of the Year:

After hearing Israel Nash perform a forty minute set outside of The Groove record store during the Americana Fest, I bought a copy of Rain Plans.  I pre-ordered a copy of the new Ryan Adams self-titled record from Square Records to ensure I nabbed a copy on release day.  John Fullbright followed his debut with a gorgeous second album titled Songs.  Mike Farris should be given an award for Comeback of the Year with Shine For All The People.  Nashville singer songwriter Otis Gibbs turned my head with Souvenirs of a Misspent Youth as did Joseph LeMay with Seventeen Acres.  Cleveland’s Chris Allen made a run for the title with his brilliant Everything Changes But The Rodeo.  But in the toughest race of them all, there is no doubt that Sturgill Simpson, who went from playing below Grimey’s in The Basement in 2013 to a sold-out showcase christening Nashville’s City Winery this past fall, the winner for Metamodern Sounds In Country Music. 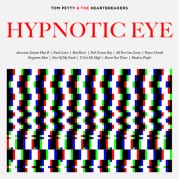 Duo/Group of the Year:

The heavyweight division was a real battle royal with all-star bands Tom Petty and The Heartbreakers Hypnotic Eye and Marty Stuart & His Fabulous Superlatives Saturday Night / Sunday Morning along with Blackie and The Rodeo Kings returning with their album South.  A couple kids from Akron called The Black Keys continue their streak of nominations with Turn Blue.  But the winner and my Album of The Year Award is bestowed to Utah from Jamestown Revival.  From the very first strains of “Fur Coat Blues”, the duo of Jonathan Clay and Zach Chance will capture your heart and have you humming along to eleven tracks that seem vaguely familiar, yet refreshing.  They appreciate the simple things in life, value timelessness over trendy, and quality over quantity.

Album of The Year Awards: