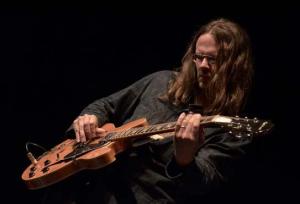 There are lots of interesting shows on the horizon from living legends to up-and-coming musicians which should get penciled into your smart phone calendar.  Some of the opening acts are worth noting, so get their early to get your money’s worth and not miss a great set.  Just to set the record straight, there is no reason to be leery about going to these rock ‘n roll venues.  Besides being a destination for quality live entertainment, there are also many fine home owned dining establishments nearby that will make your evening complete. But hey, you need to be smart about where you park at these places just as much as venturing downtown, the suburban mall, or neighborhood shopping center at night.  Make sure you are parked legal so you’re not adding a ticket or tow to the evening expenses.  Brush up on your parallel parking and stay close to the main thoroughfare that has street lighting.  Have a good time and don’t overdo it … everyone wants you to arrive home safely.  If you had a rough night, either have a friend drive you home, call a cab, or ask the bartender for a cup of coffee. Remember, hydration is the key, so drink plenty of water throughout the night.

Ok, let’s start with key shows at The Beachland Ballroom and Tavern. Young upstart Matthew Perryman Jones is touring behind his Land Of The Living album with opener Matthew Mayfield on September 23rd including Callaghan going on first.  The great Ian Hunter will be showcasing his new record When I’m President on September 27th.  Guitar phenom Luther Dickinson will have his North Mississippi All-Stars tearing it up on October 3rd.  Two separate shows have troubadour Whitey Morgan & The ‘78’s in the ballroom and singer/songwriter Chris Smithers in the intimate tavern on October 4th.  Another new artist getting some love is J.D. McPherson who will debut his Songs & Signifiers album on October 10th with Lucius.  The month ends on a ghoulish rockabilly twang note with the lovely and fun Those Darlins on Halloween night with opening act Heavy Cream.

One of the more anticipated highlights at The Grog Shop not only is going to be Langhorne Slim & The Law on September 30th, but that River City Extension will be performing tracks from their breakout sophomore release Don’t Let The Sun Go Down On Your Anger along with the band Hive Robbers as openers.  A triple header at House of Blues has Social Distortion set to play a two night stand on October 18th & 19th with Linda Ortega and an awesome Atlanta band called The Biters that will remind you of the Ramones.  If you feel like taking a drive, you can cruise down to the Kent Stage to see husband-and-wife team of pianist/guitarist/bassist Linford Detweiler and vocalist/guitarist Karin Bergquist as Over The Rhine with Girlyman openingon September 21st.

Finally, there is a really unique show happening at The Winchester on September 20th with Pegi Young accompanied by her acclaimed recording and touring band, the Survivors: legendary keyboard player Spooner Oldham on piano, bassist Rick Rosas, guitarist Kelvin Holly, and drummer Phil Jones.  Her husband Neil Young touring once again with his legendary backing band Crazy Horse finally returns to our area on October 8th at the CSU Wolstein Center cranking out songs from his past, present with Americana, and future including material from his forthcoming double disc set Psychedelic Pill.   I don’t think Uncle Neil will be on tour when Pegi comes to town … just sayin’.

As this column closes, it’s countdown to Americana time as this forever young hipster heads down to Nashville next week for the Americana Music Association Conference, Awards, and Showcases.  Over 4 nights and 3 days, it will be non-stop twang and acoustic guitars, banjo, fiddle, pedal steel, dobro, Hammond B3, accordion, piano, stand-up bass, and sweet vocal harmonies from legendary and rising stars.  I’ll be back with a huge “Double Issue” with the complete lowdown including dining, living large, and off the grid highlights.