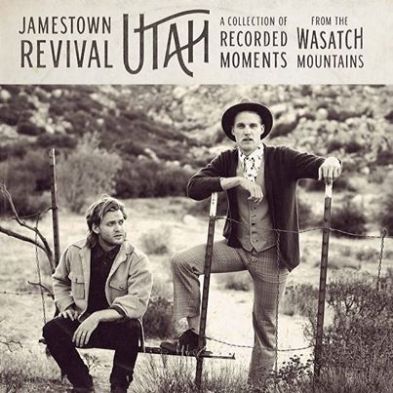 Danger! Danger!  The Minkin’s Music Civil Defense Network is issuing a warning about an Americana explosion.  Don’t touch that mouse … this is not a test.  No need to duck and cover down in your bomb shelter, but run like the wind down to your local record shop and pick-up the brand new release Utah from rookie sensations Jamestown Revival.

From the very first strains of “Fur Coat Blues”, the duo of Jonathan Clay and Zach Chance from Magnolia, Texas will capture your heart and have you humming along to eleven tracks that seem vaguely familiar, yet refreshing.  There has been many a band that seems to have fallen from the Avett Brothers family tree over the last few years, which is a testament to their influence on the new generation of Appalachian rock and roll.  Clay and Chance could be the prize fruits of this harvest with a splendid mixture of catchy lyrics and toe tapping rhythms on their debut full length album. 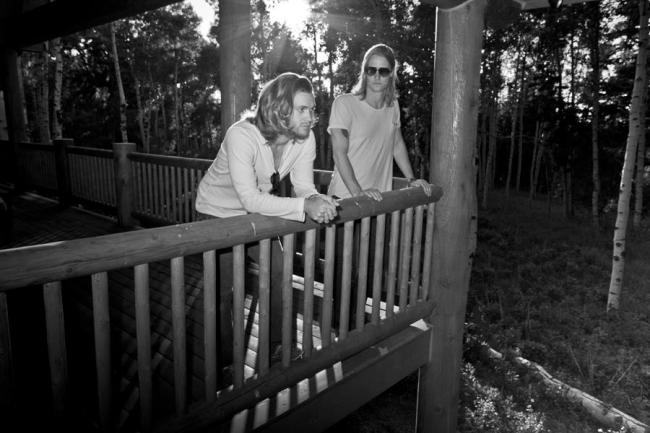 The two songwriters, who had moved from Texas out to Los Angeles, spent over a year in a log cabin high within the Wasatch Mountains of Utah recording live tracks to tape with tales of their adventures, discomforts, and observations.  Produced and engineered by Daniel Dempsey and Ryan Lipman, the recordings are captured in the temporary studio performed live with no headphones or other fancy equipment.  Multi-instrumentalist Clay lays down banjo along with acoustic, electric, and lap steel guitar while Chance adds organ, piano, Wurlitzer, and Fender Rhodes to the gorgeous sound mix.  Nick Bearden was brought onboard to handle bass, mandolin, and pedal steel duties with Ed Benrock supplying the drums and percussion components.

It has been a long and winding road for Jonathan Clay, who began this musical odyssey in 2006 and signed to a development deal with Atlantic Records in 2007.  Many of his songs were picked-up by television shows, but nothing noteworthy in terms of a career changing moment.  So in 2010, he teamed up with his childhood friend Chance and formed their new band which started in the hot bed music town of Austin.  An Ep titled California was released in 2013 that includes the track “Paradise” along with three songs which appear on the new Lp. 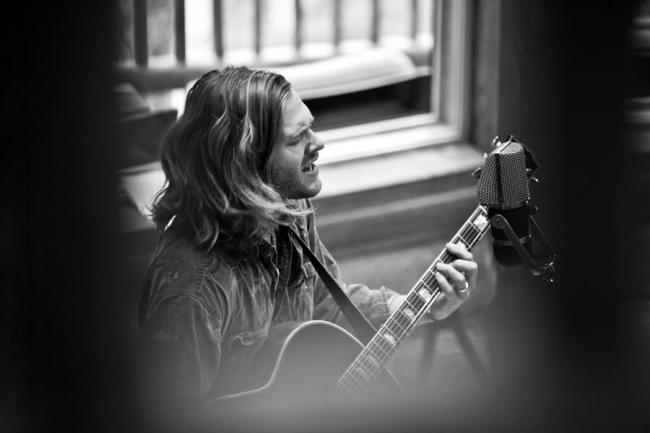 As for the new album, hipster program directors should be going deep with several cuts garnering radio play long through the summer festival season.  Besides the big single “California (Cast Iron Soul)”, the beautiful slow dancer “Golden Age”, a catchy sing-a-long “Wandering Man”, and the gorgeous ballad “Heavy Heart”  all feature the vocal harmonies out front with subtle fills and lead riffs underneath.  The final closing track “Home” layers voice and instruments until it reaches such a crescendo that it will surely blow a live audience away as they exit the venue. 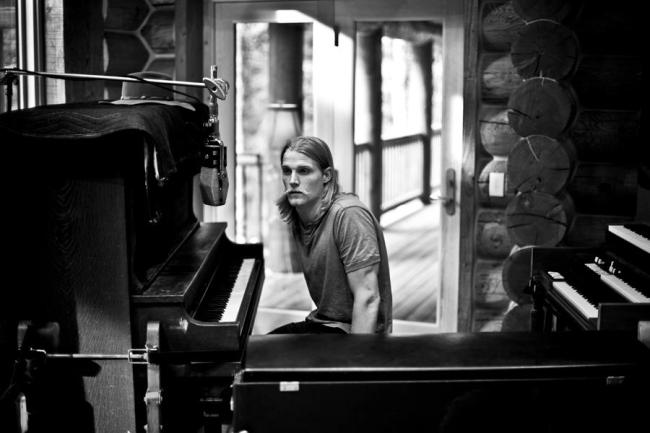 Jamestown Revival describe themselves as an idea, a movement, grass roots, and back porch.  They appreciate the simple things in life, value timelessness over trendy, and quality over quantity.  It’s more than just about music to them, so you have to love their soulfulness in an age where rising stars are looking for their TMZ moment in the spotlight.  With all the acclaim and pressure for a follow-up effort, it will be interesting to see if the boys can stay the course.  There is no doubt Utah will be considered one of the best releases of the year and to think it’s only February, that’s saying something.