Travel to Peninsula for Voices In The Valley 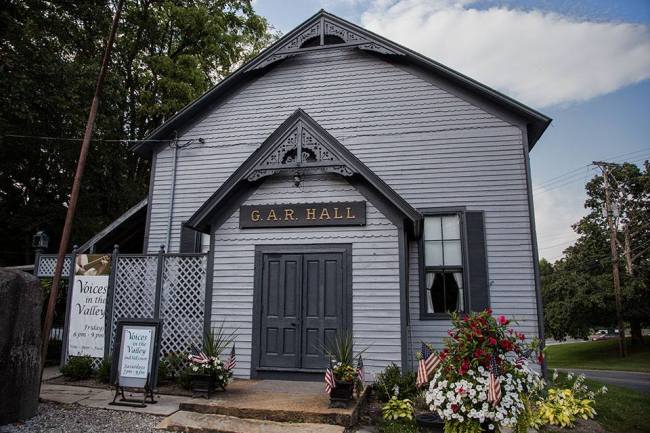 Is this heaven?  There is something very cool happening in at the historic G.A.R. Hall in Peninsula located in the heart of the Cuyahoga Valley.  Thanks to the vision and labor of love from Karen James Walters and the Peninsula Foundation, a new concert series called “Voices In The Valley” are taking place on Friday evenings and select Saturdays showcasing acoustic Americana roots music from local singer/songwriters and touring musicians.

You may have driven past the building which sits at the corner of Routes 303 and Riverview Road hundreds of times on your way to Boston Mills, the Towpath Trail, or one of the downtown watering holes.  The Grand Army of the Republic (G.A.R.) Hall was originally built circa 1850 as a one-room schoolhouse for Boston Township. It was used as a school until a new building was constructed across the street in 1887. In 1888, the building was remodeled into a meeting place for Civil War veterans. The veterans named Grand Army of the Republic Post #272 in honor of George L. Waterman, a Peninsula native who was killed in Dayton while attempting to quell pro-slavery rioting. The structure fell into critical disrepair by 1962 and was sold for back taxes by the Legion to Robert L. Hunker, a local preservationist who restored the building’s grandeur.  The post is listed on the National Register of Historic Places.

Walters,a sixth generation dweller in the tiny hamlet, started as a volunteer before being hired as the Events Coordinator/Community Outreach director of the foundation.  What started out as an open mic night on the outdoor patio in 2012 has transformed and grown into a lovely evening that offers local sustainable food options along with beer and wine.  The room holds an intimate 120 seated with some tables for those wishing to dine on appetizers or entrées.  Some of the meals have been done by Sow Foods, McCoy’s Custom Catering, and The Pierogi Lady.

I had heard many great things about what was happening at the G.A.R. Hall, but it was a chance to step back in time seeing Alex Bevan, Charlie Wiener, and Jim Ballard along with Jon Mosey do a guitar pull one evening that had me breathless. I grew up watching and listening to the three troubadours as a high school student on weekends at Boulder Junction in Uniontown.  The boys relished playing together for the first time in ages just as much as playing to the crowd.  I recently returned for a dinner show with Brent Kirby and Rachel Brown for an all-inclusive evening that had me taking in the ambiance of the space as well as the music. 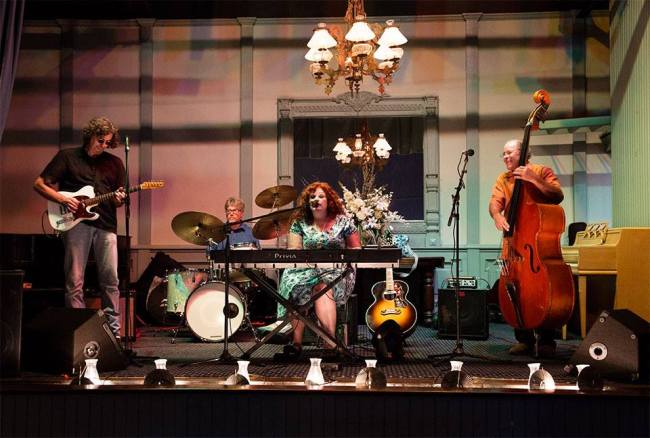 Rachel Brown and The Beatnik Playboys Photo by Buddy Meskar

Upcoming shows include Lindsay Lou and The Flatbellys with openers Brent Kirby and Laurie Michelle Caner from Hey Mavis on March 1st.  A very special concert Songs for Anika: An Acoustic Concert of Hope will feature John Weniger, Charlie Weiner, Jon Mosey, Jim Ballard and Alex Bevan on March 9th as an evening of community and hope for Anika, a young local woman and mother battling cancer.  National touring artists like Mandolin Orange and Travis Caudle are scheduled for upcoming performances along with noted local talent like Kristine Jackson, Austin Walkin’ Cane, Boy=Girl, and Rachel Brown with The Beatnik Playboys.  Some of the events have sold out, so you may wish to plan ahead and purchase advance tickets to ensure you don’t get turned away at the door.  Connect to Voices In The Valley on Facebook or visit their web page  for the latest concert announcements. 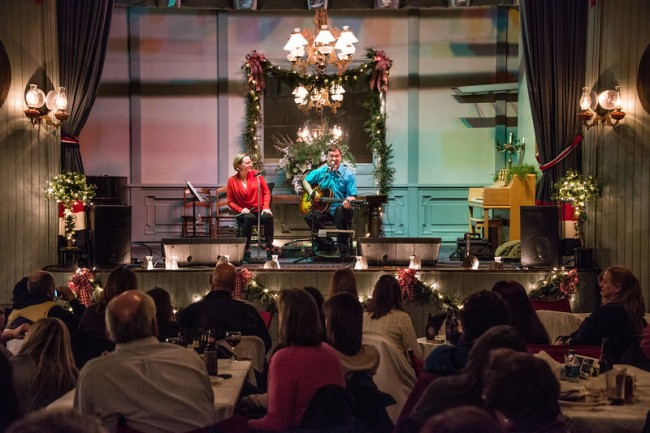 People will come.  They’ll come to Peninsula for reasons they can’t even fathom. They’ll turn into the driveway, not knowing for sure why they’re doing it. They’ll arrive at the door, as innocent as children, longing for the past.  And they’ll watch the music, and it’ll be as they’d dipped themselves in magic waters. The memories will be so thick they’ll have to brush them away from their faces. It reminds us of all that once was good, and that could be again.